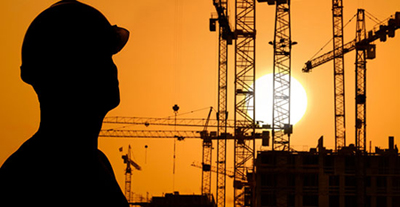 Dallas Morning News business columnist Mitchell Schnurman this week explored the question of why business leaders in Texas are once again pushing for comprehensive immigration reform. He put it succinctly:

That’s one way to sum up the rationale behind a new push by Texas businesses to rally support for immigrants and immigration reform. At a time of low unemployment and strong demand for workers, the group wants to stop scaring off potential newcomers to Texas. Some are even pushing for a way to let unauthorized immigrants work here legally.

The column include comments from Stan Marek, CEO of Houston-based Marek:

Marek, a specialty subcontracting company in Houston, has been turning away big projects because it can’t fill open jobs. CEO Stan Marek proposes a temporary work visa for unauthorized immigrants who pass a background check, but he acknowledges an uphill fight in Washington.

“We should go after the low hanging fruit — the people who are already here,” Marek said. “We gotta find a way for these workers to get legal status.”

For the public, he recommends a series of nonpartisan videos on immigration, which trace the history in Texas and the U.S. But in Austin, he wants more companies to push back against anti-immigrant bills and sentiment.

After the sanctuary cities law, some construction workers departed for California, Colorado and Florida, including immigrants who were here legally. They were afraid of being hassled in Texas, he said.

That’s not the right message, and it’s no way to fix immigration.

“If we don’t solve this, it’s gonna cost us billions of dollars,” Marek said.

Check out the whole column here.